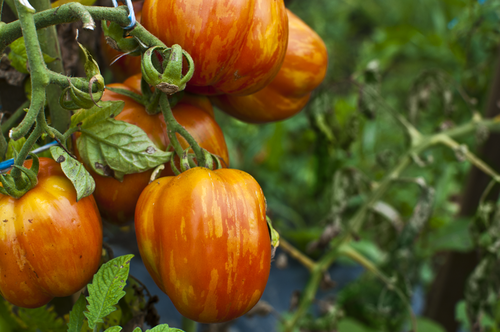 After launching almost a year ago with a bit of angel cash, Montreal’s Provender officially launched in Toronto this morning. As well, it announced an $800,000 seed round of funding from Real Ventures, the Business Development Bank of Canada, Freshii, Kinetic Cafe and private angels.

The startup provides restauranteurs, caterers or anybody who wants to sell tasty food with farm-fresh, garden-picked, locally-sourced fruits and vegetables, as well as meats and dairy products. Provender says that “who delivers to the back door of a restaurant determines who walks in the front door. We’re part of a new era where clientele cares where their food comes from.”

Now CEO Caithrin Rintoul and his team have successfully launched the Toronto marketplace, connecting local Ontario food producers with chefs in the area. “It’s been our biggest market launch to date in terms of our ability to seamlessly integrate what we’re trying to do with provender into a food system. It’s incredibly exciting to see it happening in Toronto because the market is so ready for it compared to some of the other potential markets we looked at,” he told BetaKit.

On the ground, the startup has partnered up with Evergreen Brick Works, an organization in Canada that seeks to create greener, more sustainable cities. It focuses on four key areas: Greenspace, Children, Food and CityWorks. Provender will now help Evergreen-associated farmers to grow their reach while helping them find new markets.

Boston is another market Provender is preparing for, while this fall or winter it will likely launch in either Vancouver or San Francisco.

Rintoul sees 2014 as the perfect time for his business- a business that never wavered in its core focus, even while it was being accelerated through Montreal’s FounderFuel accelerator program and throughout the year. “I think that’s really telling in our persistence not only to make this idea work but also just our willingness to take the risk,” said Rintoul. “This has traditionally been a bit of a graveyard in terms of ventures in the food space and I think we’re arriving at a moment now when the degree of connectivity and ubiquity in online platforms mean that for the first time the idea is really manifesting.”

Some assumptions, however, have faded away. The founder said when the company was first founded, they thought white-tablecloth restaurants running at $100 a meal for two people would be their primary clientele. They built the product and beta-tested it for those restaurants. But when Provender officially launched in October of last year, the clientele was far more varied than expected.

“All kinds of different people started signing up, so now we work with health food stores, grocery stores, caterers, diners, a whole variety of different businesses that wouldn’t traditionally fit inside the food space, but in our case have been incredibly valuable connections.”

For now Provender is looking to enter the US market, which means dealing with a whole bunch of regulatory issues. Aside from that, the team’s short-term goal is to release a mobile app.

Rintoul also took the time to tell us about his new platform he created for food tech entrepreneurs, called GrowFoodTech. There, entrepreneurs can discuss current issues, trade best practises and meet others in the sector who share the same passion. “It’s one of our great strengths of our nation, our great agricultural regions and this incredible projection of exciting startups coast-to-coast that have to do with food and technology.”