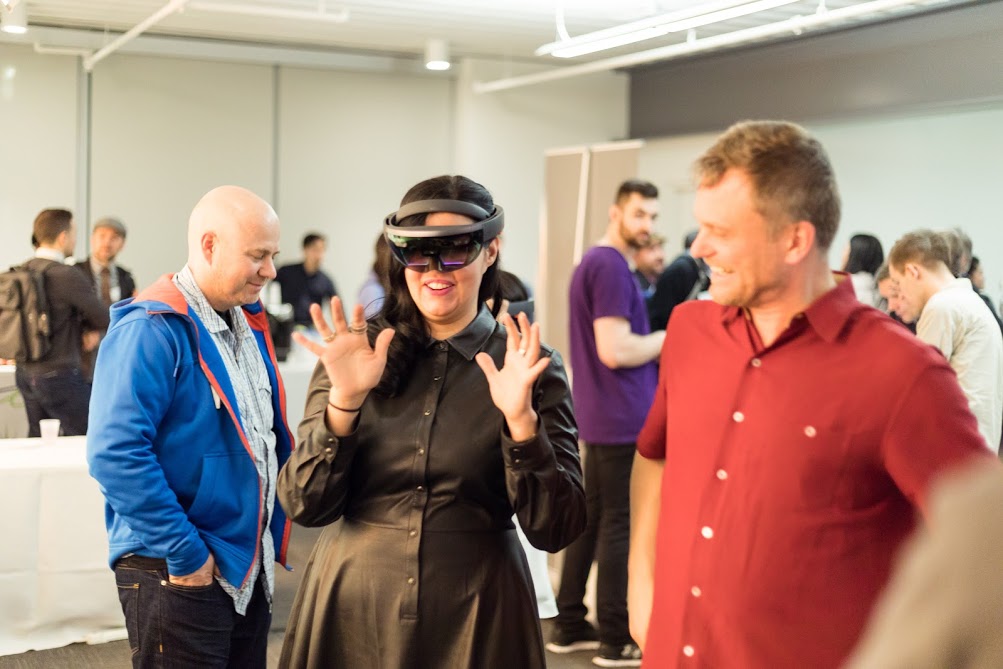 It was nearly three years ago that Facebook announced its $2 billion acquisition of Oculus VR. At the time, Mark Zuckerberg said that, “Oculus’ mission is to enable you to experience the impossible. Their technology opens up the possibility of completely new kinds of experiences.”

The deployment and adoption of virtual and augmented reality (AR) had its genesis long before Facebook’s massive purchase, but the social giant’s move certainly pushed the technology into mainstream consciousness.

Since then, the promise and practicality of the sub-sector has steadily increased and worldwide revenues for the still nascent industry are forecast to reach $162 billion by 2020, according to IDC, a market intelligence provider.

SNAP has its Spectacles. Google has its Daydream. And Pokémon Go certainly brought AR into the limelight. But what can give VR/AR a giant leap forward? What’s the biggest barrier to mainstream adoption? What’s in store for Vancouver’s VR market?

“It’s only going to grow from here. Seeing a ton of investment in Vancouver is going to be exciting.”

Archiact is a VR studio that, like BC’s overall technology industry, has seen significant growth over the past few years. In under 12 months, they’ve nearly tripled in size from 35 to 90 employees, launched a stealth robotics arm, raised a round of funding from Asian investors, and hosted a sold-out VR conference attracting over 2,800 attendees.

Dan Burgar, director of business development, explains that while the VR sector is ripe for growth, the responsibility is on VR/AR companies to develop game-changing content and applications to really push the technology forward. We asked the brains at Archiact Interactive Inc. for their take.

Archiact bills itself as a VR studio. Can you tell us a little more about what that means and where you would position yourselves in the growing VR/AR/MR (mixed reality) marketplace?

“Archiact started as a VR gaming company, and that’s kind of been our bread and butter the past few years…but what we’re really looking to do next is build our enterprise and B2B solutions,” Burgar said.

“We’re really starting to see that in the next few years, the enterprise space is where VR application can actually be solving a problem and where it’s totally going to change and disrupt a lot of companies.”

Being known for creating really amazing content is important, but it’s the real-world use cases solving problems that will really help push the technology along, he explained.

“You know some companies are coming out with fancy demos and things that are fun for a few minutes, but who’s really going to pick that up again?” he says. “We’re finding that with VR, there isn’t that application that has blown everyone away yet. We want to be able to come up with that solution or piece of content that really blows people away and is a profound enough experience for different companies and people.”

As early as last month, many news outlets reported that Best Buy was closing nearly half its Oculus VR demo stations because of lack of interest. Is true consumer VR here? What will get us to that point?

“There’s definitely a barrier to entry with VR and mixed reality because the headsets are very expensive, they’re big, and can be dorky looking,” Burgar said. “And for that to completely change, it’s going to be through mobile VR.”

The Google Daydream platform and Samsung Gear headset, both designed to work with mobile phones, will be critical to driving adoption, he said.

“Right now, where we’re at — people aren’t ready to put themselves in a headset for a really long time; so what needs to change is the form factor. It has to get smaller, the costs have to go down, and the applications have to be something that people will gravitate to,” he said.

“To grow this industry, it’s going to be the applications that pull people and businesses in, and we’re still waiting. As a content company, the onus is on us to build that.”

Less than a year ago, Chinese mobile game developer and publisher 37Games invested more than $3 million in Archiact. Can you share what that investment has meant for you?

“We have an office in Shanghai and the funding has really given us room to grow — not only in Vancouver and North America, but globally,” Burgar says.

The Chinese market is significantly more mature, with hundreds of types of headsets and trips to VR cafes a regular occurrence for a lot people, says Burgar.

“That’s why that investment is so big to us, because we’re actually able to get our feet on the ground in China as well as other Asian countries and make revenue. A lot of other VR companies in North America aren’t making money yet because their channel for revenue is probably two to three years down the road,” he said.

I understand that a new V/A/MR cooperative is in the works for Vancouver? Will you be involved and what should we be excited for in VR over the next year?

“There’s a lot of companies out there that are looking for space, but they just don’t have the money to pay these large rents—especially in Vancouver, right? So, I think this new co-operative space that [Work at Play CEO] David Gratton is working on is a great idea,” Burgar says.

“Just the creativity of all these companies under one roof, kind of working together—you don’t really see that in too many industries.”

And what can we expect from Archiact and VR over this next year?

There’s real potential to grow the community, Burgar says, and there’s excitement around the provincial government’s recently announced tax credit for augmented and virtual reality entertainment products. “That’s a huge break for companies looking to get into the space,” he says.

“There’s a ton of companies popping up right now. At the VR/AR Association of Vancouver, we have about 30 members who are not specifically in VR, but who are looking to do business in the VR/AR space, so we’re seeing huge growth on that side.”

There’s a huge talent pool, he says. “Talent from the gaming and VFX industries—it’s all bleeding in to these VR companies.”

“Having companies like Microsoft and other large companies in Vancouver and really helping the community is key,” he says. “It’s only going to grow from here, and seeing a ton of investment coming into Vancouver is going to be exciting.”

“When apple announces its new iPhone—supposedly AR equipped—it’s really going to be game changing. We’re just going to see a ton of local and global companies come out with content for platforms and headsets.”

William Johnson is a writer, communications strategist, and founder of the Vancouver Tech Journal. You can reach him at williamjohnson.ca.

How does a small business find its sweet spot? (Facebook Live chat)

Entrepreneurs know there is nothing ‘small’ about running a small business. The hours are just as long as running more established businesses, the choices…