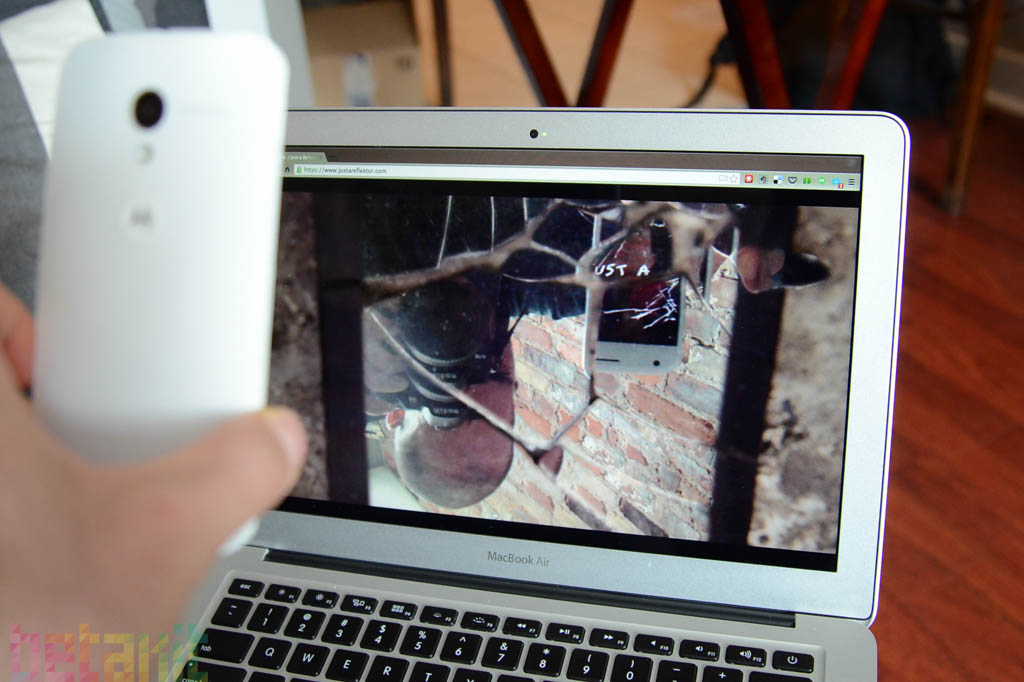 Emmy Award-winning band, Arcade Fire, is set to unveil a new album in the coming weeks, but the first single from that yet-unnamed record, Reflektor, has been made into an interactive music video.

In collaboration with Google Chrome and hardware-accelerated WebGL, JustAReflektor.com asks users to synchronize their smartphone with a webcam-enabled laptop or PC to physically interact with the content while it plays. Once connected — users must visit a companion website on their smartphone and enter a five-digit code — a series of shapes and photos from the phone evinces changes on the video itself.

It’s the type of interactivity that bridges the gap between static music videos and the game-like mentality we take for granted on the web today. Keeping a watcher interested in a 7-minute spool isn’t easy, but JustAReflektor does a great job keeping things fresh throughout its runtime.

The interactive video falls under the auspices of Chrome Experiments, a branch of the company’s browser that uses forward-thinking technologies like the aforementioned WebGL, along with Javascript libraries, WebSockers, WebAudio and Cloud Storage to expand what a traditional browser can do.

Google collaborated with the band on a previous project, The Wilderness Downtown, as a companion to the 2010 album The Suburbs. JustAReflektor.com extends that relationship, using open-source elements to let users tweak the effects of the experiment.

Arcade Fire is a Montreal-based band that has grown to be one of the world’s most popular groups.

Organized in partnership between the Communitech and the University of Waterloo, the Waterloo Innovation Summit is a three-day event dedicated to building robust innovation…