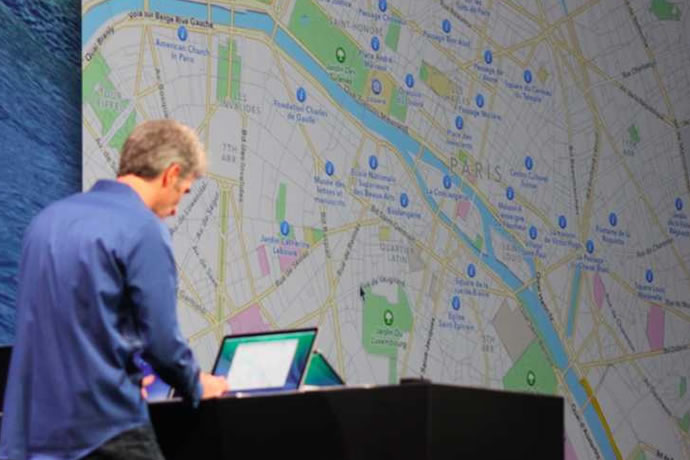 After deciding to drop Google Maps as their mapping service on iOS devices, Apple’s first foray into Maps was a definitive dud. Users complained that the product was incomplete, unresponsive, incorrect and showed locations in the wrong spot. Tim Cook, Apple’s CEO, stated that “With the launch of our new Maps… we fell short… We are extremely sorry for the frustration this has caused our customers and we are doing everything we can to make Maps better.”

While Apple has made some massive improvements over the past several month to Map, an acquisition of Toronto-based Locationary might be the solution they need to win users over. Apple declined to comment on the deal, which reportedly was “multiple tens of millions,” stating “Apple buys smaller technology companies from time to time, and we generally do not discuss our purpose or plans.” The acquisition was first reported by AllThingsD.

Locationary was formed in 2009 and has received an investment of $2.5 million by Extreme Venture Partners and Plazacorp Ventures. Locationary developed a cloud-based product called Saturn that manages and provides crowd-sourcing data about businesses. The major asset is that Saturn gives up-to-date and accurate information such as business locations, hours of operation, and the products offered. This addition will certainly help Apple fix their data issue and give them boost they need for users to adopt Apple Maps over Google Map, Waze (now owned by Google), or any other 3rd party mapping solution.

There might also be an additional revenue stream for Apple with the Locationary purchase. Since businesses will be able to show the products they offer, future versions of Apple Maps could likely include an advertising program – this would stem beyond the usual banners and into product purchasing via mobile. Having retailers show the products give them access to a potentially quicker sale.