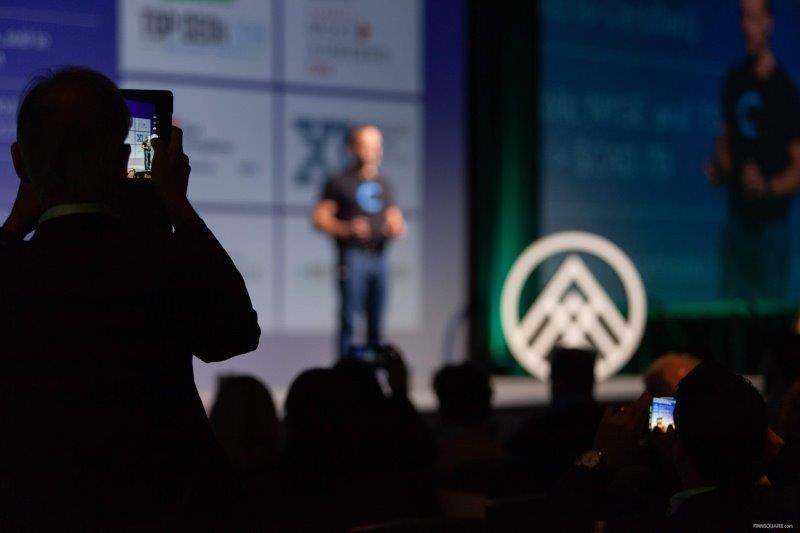 SAAS NORTH announced a partnership with the publication of record for Canadian tech and startups today as part of a move to bring more awesome to Canada’s top SaaS conference when it returns ‘IRL’ this November.

As part of the partnership, SAAS NORTH’s main stage has been renamed the BetaKit Keynote Stage for the entirety of the two-day conference, featuring sessions programmed and moderated by BetaKit.

SAAS NORTH’s main stage has been renamed the BetaKit Keynote Stage for the entirety of the two-day conference, featuring sessions programmed and moderated by BetaKit.

The BetaKit Keynote Stage will feature BetaKit editor-in-chief Douglas Soltys in conversation with Canadian tech unicorns Ada and GeoComply about lessons learned on their path to a billion-dollar valuation, as well as a session focused on Canada’s SaaS ‘soonicorns’ – tech companies on the path to unicorn status. BetaKit associate editor Meagan Simpson will lead an investigation into the FinTechification of Canadian SaaS companies with Hopper, Ceridian, and Lightspeed.

“BetaKit is well known for bringing the ruckus to Canadian tech events, either of our own making or in partnership with leaders across the country,” Soltys said. “We couldn’t be more excited to work with SAAS NORTH in its return to in-person events to bring the deep context and insight BetaKit is known for to the BetaKit Keynote Stage.”

The AWS Pitchfest is one of the many events taking place on the BetaKit Keynote Stage at SAAS NORTH.

With more speakers being added every day, SAAS NORTH attendees can view the full program here. Those who have yet to secure a ticket should do so before the early-bird deadline expires on October 14 and use the code “BetaKit30” for a 30 percent discount.

“SAAS NORTH is regarded as a leader – and not only for highlighting the hottest and most innovative up-and-coming people, companies, and trends in Canadian SaaS,” said conference director Erin Roddie. “In 2021, we are leading the way on a new front as the first large, in-person tech conference in Canada in almost two years.”

SAAS NORTH was one of several Canadian tech conferences to make the shift to a digital experience last year due to the COVID-19 pandemic. To ensure a safe and comfortable experience for attendees this year in person, SAAS NORTH will be taking additional precautions beyond those mandated by public health authorities and venue host, The Shaw Centre (check out the full conference health and safety information here).

“Designing a safe event where attendees can enjoy the same tactical learning and social interactions that are best experienced face-to-face is a challenge that we are up for,” Roddie told BetaKit. “Our returning attendees will note some changes, but the quality, value, and fun of this conference is better than ever.”

SAAS NORTH will take place in Ottawa from November 17-18. Seriously, go get your ticket.