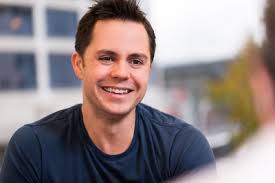 Andrew Reid is self-admittedly the bad kid who did everything wrong. His mom saw him on the path to jail. She didn’t see the other logical path leading him to become president, founder and chief product officer of Vancouver’s Vision Critical. And while Seth Godin deservedly gets a lot of credit for positing the notion of tribes into marketing’s lexicon, Reid starting building a technology company around the concept well before the 2008 release of “Tribes: We Need You to Lead Us.”

A call from Dad (Angus, who founded his market research company in 1979) in 1999 to rebuild the company website proved to be this bad kid’s real ah-ha moment. Reid said “the realization comes from seeing that the rest of the marketing & communications world is on this technology escalator moving up, and market research has been at a standstill. The way you ask a question hadn’t really changed since 1930. Reports and how you visualize data hadn’t changed either.”

He launched Vision Critical in 2000 around the idea of virtual reality. By simulating the experience of a consumer going into a store and purchasing products, big brands could test things package design, pricing, and self placement.

In 2002 Reebok asked them to build a threaded conversation around a community of 350 women runners. According to Reid this project “was the inflection point for the company. Six months later, we said this is a community, we can ask them questions, monitor them, filter their responses, and segment them based on their responses. We saw the opportunity to move market research from being reactive to being more proactive. It was the beginning of this whole world of insight communities.”

For others in the marketing community he’s often asked, “how do you monetize them? Send them offers, line them up with products they need, sell them to someone else?” Reid’s answer is always the same, “no. It’s about genuinely understanding people’s attitudes and opinions. It’s about resisting the temptation to over-market to them. There are two tenants vitally important to what we’re doing, the first is trust, and the second is science. There’s enough science involved in our technology that we can deliver really meaningful insights that decisions can be made from.”

It’s also interesting that they’re working at building a bridge, from asking people questions to looking at social credentials to marry up the stated self with the actual behaviour. He suggested “this is a powerful thing, because the whole world of online sentiment is very archaic and cavemanish. What people say versus what they do are often two different things. We need to get to a point where we get more value out of that data.”

This research and discovery is key to understanding more about the key emerging market trend around the sharing and collaborative economy, with the likes of AirBnB leading the way. Going through their report, “Sharing is the New Buying: How to Win in the Collaborative Economy” it’s interesting to note the seismic changes starting to happen in people’s attitudes towards stuff.

While Reid’s focused roles of on social and location, he’s also looking seriously at the quantified self. He thinks when you marry up the FitBit’s, Fuels, and Recon Instruments of the world with the questions you can ask people, “it gets really interesting. You can really learn a lot about people when you combine the devices you wear that track what you do with the questions you answer, and your social behaviour.” He thinks there’s a huge opportunity to transform this information into the creation and delivery of more meaningful, and personalized content.

The company has 16 global offices and more than 650 employees across the globe. Reid has led Vision Critical from a $1 business to over $100 million, and it’s an example of the potential to build a successful global technology company in Vancouver. Yet, the city’s own capital climate is still a barrier to others following his path. He said “unfortunately we don’t exactly have a brilliant venture capital community. OMERS Ventures, who did our last deal, has the bulk of their money tied up in Vancouver on some big bets that any of these guys in Vancouver could have made, but shied away from.”

I asked Reid to comment on being included in the recent story of OMERS Ventures’ John Ruffalo saying that several Canadian technology companies could be going public soon. He shared “we’re a good size company now, and it’s exciting. We’re also at the point where those are things you contemplate. There’s a bunch of financial outcomes you have to think about. I don’t particularly want to sell this company, because we want to make it as successful as we can. It’s an option on the table that we’re actively looking at, but we’re not ready to push the button on anything.”

He summed things up nicely, saying that in this software space, “if you’re not moving fast, you’re not going anywhere.”