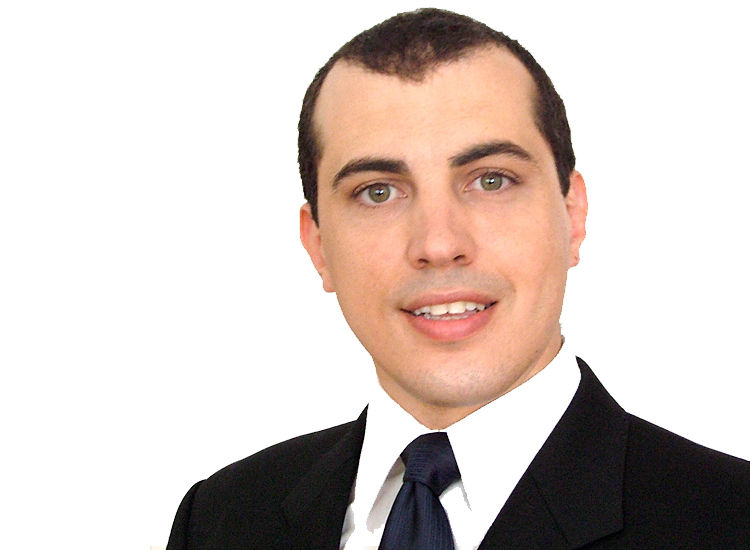 Our title is slightly misleading. Speaking at #Dec_Tech, MaRS’ first event since it launched its FinTech cluster in February, the Bitcoin evangelist and author of Mastering Bitcoin, Andreas Antonopoulos, was clear in outlining the current threat financial institutions face by a decentralized currency, drawing historical parallels to the music industry in the late 90’s. Antonopoulos also had the recent privilege of testifying before the Canadian Senate about Bitcoin; the man knows what’s up.

Antonopoulos’ talk before the capacity crowd was similarly wide-ranging, informative, and captivating. We’ll have another article covering the particulars later, but we couldn’t wait to publish our one-on-one interview with Antonopoulos following the event, where we pulled the threads on what he is sure will happen in the coming cryptocurrency revolution, and what he is sure he doesn’t know.

I want to start with one of the last things you said during your presentation, which is that we’re moving towards an age with a large amount of currencies, and likely a large amount of wallets. I’m just wondering if you can reconcile that economic reality with the trend for digital to consolidate. Especially at a time when people are looking to Apple Pay to become the digital payment solution for the masses.

People are looking for a consolidated interface, not a consolidated mechanism, and there’s a big difference, which is that my Mac is a consolidated interface on which I can do web, email, text message, video calling, etc. No one feels that because I use instant chat that devalues email, or because I use the web, that devalues something else – we reconcile that. We have a single interface which consolidates our digital experience, but the underlying mechanisms are fragmented – I don’t get my news from the newspaper and TV, I get it from a thousand sources.

So you’ve reconciled simultaneously an explosion in variety and diversity of the content and the underlying networks, but brought them into a single user experience. And the same thing is going to happen with currencies. You’re going to have one wallet that can handle multiple currencies, and the user experience will be such that you don’t see the difference. What Apple is doing is not changing the underlying networks – they’re going to use MasterCard and Visa and American Express – but they’re going to give you a single unified interface, and I think that’s powerful.

So do you think that will be the interface for cryptocurrency?

Oh no, it won’t be Apple Pay, it will be on Android. And the reason is that we’re not going to bootstrap 6 billion people who are unbanked on iPhone 6s with Apple Pay. We’re going to bootstrap them on dirt-cheap $20 Android phones with an open source Bitcoin wallet.

You spoke very eloquently before on mass adoption. From my perspective: I ‘m a plebeian, I have a small amount of money, it’s controlled by my bank, and they’re screwing me in certain ways and limiting my power, but I’m very much aware and familiar with the ways in which that happens. When we’re coming to a cryptocurrency that’s purely digital, with the general populace’s understanding of technology, how do you reconcile the black wall that sits between how this stuff works and the common experience of it?

When I first experienced the Internet, it was in a format that my mom would never approach. It took 20 years from the day I sent my first email, on a UNIX command line, on an academic network. My mom sent her first email on an iPad with a swipe of he finger. That was a massive gulf of experience that we had to bridge first before it became mainstream.

– Do you think the adoption curve will be faster or slower?

It will be faster than the Internet, because we don’t need to deploy infrastructure. We already have the Internet. There are a lot of companies investing in making this easier for consumers to use, and eventually it’s going to become easy, but you’ve got to realize this isn’t a one-sided thing.

When the Internet and the web came out, in the beginning, it was a whole new language. Nobody understood any of this stuff! You can watch old TV shows where they’re arguing about whether the @ sign is the web or the @ sign is email, and the people on the show don’t understand what it is. Yes it got easier, but at the same time, the culture changed.

So eventually people are going to become a lot more comfortable – a whole generation is going to grow up knowing digital currencies as having always existed and it will seem normal to them. And then they’ll look at traditional banking and it will seem as bizarre as a fax machine.

You drew a wonderful corollary between Bitcoin and MP3s, and you also noted that you didn’t really see that the MP3 explosion was going to happen.

In terms of the music industry, it revolutionized the consumption of music, but in a lot of ways it hurt the music producers. Their ability to make money from selling their music diminished, and they’re reliant upon these new consolidated masters of iTunes or Spotify.

Part of that was because the music industry fought MP3 instead of embracing it. Not only did they lose that fight, but they also lost their industry to Apple. They put the locks in place, they made Apple’s DRM a requirement, and it was their death knell. The music industry stabbed itself in the heart in order to stop MP3 from happening, and in the end MP3 happened anyway.

But music producers are in a possibly worse-off situation.

Creators continue to create. And the music industry is now more diverse, with more creators and more artists, who are able to express themselves with multiple channels and reach audiences through YouTube. I don’t think that’s a bad thing. The industry suffered, but not the creators – some of the creators suffered but most of the creators gained from this.

So tying that consolidation back to what we’re talking about with cryptocurrency, where you see with the financial institutions fighting just as hard and being disrupted far more quickly, which way will this swing?

I don’t know. Part of the joy of being in this industry is that we have front seats to the making of history, quite literally. We are watching this unfold, none of us know where this is going, and it is a really exciting time to be part of this.