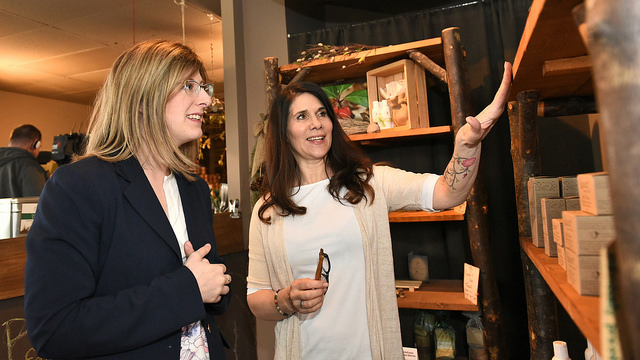 The Alberta government has tripled funding for a program that funds community projects supporting women’s safety and economic security. The program, announced last year, will increase its funding from $500,000 to $1.5 million.

The grants range from $3,000 to $100,000, and 35 Alberta communities are expected to benefit from funded projects. Eight projects have province-wide programming.

“We tripled the funds because there’s a deep desire to tackle women’s inequality in all corners of this province. Every dollar of our Status of Women grant goes to improve the lives of women and girls in Alberta. We know when Alberta women succeed, our economy grows and our communities flourish.”

“As one of Alberta’s progressive First Nations, Alexis Nakota Sioux Nation is encouraged by the investment made to help our Aboriginal women entrepreneurs. We hope to create lasting partnerships between our people and the Alberta government to create sustainable economic development for all Albertans,” said Erwin (Dino) Letendre, band councillor at Alexis Nakota Sioux Nation.

A group of business leaders in Toronto are seeking to convince Canadian techies working abroad to return home and work within the Canadian startup ecosystem….