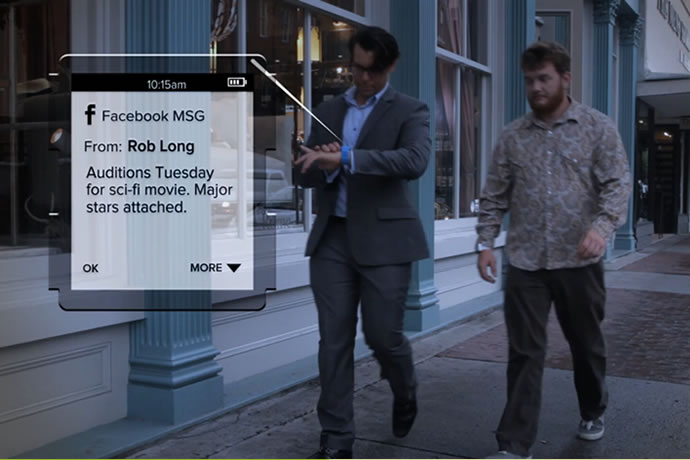 The smartwatch space is heating up. According to Canalys, the demand in 2014 is set to exceed 5 million shipments and more and more options are beginning to surface for consumers to choose from.

One of the newest wearables to hit the scene is the Kreyos Meteor. Kreyos touts that they’re the first interactive smartwatch to use both voice and gesture controls and looking to go head-to-head with other smartwatches like Pebble, Sony Smartwatch 2, and fitness trackers like Fitbit and Nike.

If Kreyos is able to deliver on the impressive long list of features and functions then there’s really no reason to purchase any other smart wrist device. It’s the only wearable expected to have Voice Control (including Siri), 6-axis accelerometer and gyrometer, speaker, microphone, and a built-in activity tracker.

Kreyos has essentially created the wristwatch we all drooled over every Saturday morning watching Inspector Gadget – which is why I had to back it. And I’m not alone. According to the Kreyos team, nearly 8% of their backers are Canadians who are just as eager to wear this “Go-Go Gadget” device.

Kreyos has surpassed their original $100,000 Indiegogo goal seven and a half times over and are well on their way to hit the coveted million-dollar mark by the end of their campaign ($1 million dollars is their new stretch goal). Judging from the pace of their campaign, they reached their original goal within 24 hours of starting the project, they’ll most likely be joining the million-dollar crowdfunding club with the likes of other future tech devices such as the Pebble, and most recently the medical tricorder Scanadu Scout.

What really sets Kreyos apart from others is its 2-way capability that allows you sync your smartphones voice command system (like Siri) and talk to your watch to answer and make phone calls, change music, reply and send emails and even post to social networks. It also replaces a variety of activity trackers with its built-in activity tracker complete with fitness gamification thanks to a partnership they formed with Badgeville.com.

Kreyos will soon be offering an SDK for the developer community to take advantage of the Gyro sensor and voice capabilities to create various apps as well as customized watchfaces.

Kreyos’ design is much more fun and youthful compared to the serious and straightforward look and feel of the Pebble and Sony watches. The Meteor is available in a variety of neon colours, such as pink, blue, green and the standard black and white. If you aren’t a big fan of watches, Kreyos can also be worn as a lanyard or clipped on your belt using some of its many accessories.

Kreyos Meteor is expected to cost $169 when it debuts in November, which is about $20 more than Pebble, but nearly $100 less than what Sony is expected to sell its Smartwatch 2. Those who want to get in on the ground floor can grab a Meteor of any color right now for the backer price of $129 on Indiegogo (plus $10 shipping for Canadians).

NY TechDay, the world’s largest startup event, with over 400 exhibitors and 10,000 attendees, doesn’t take place until tomorrow, but already Canadian startups are…