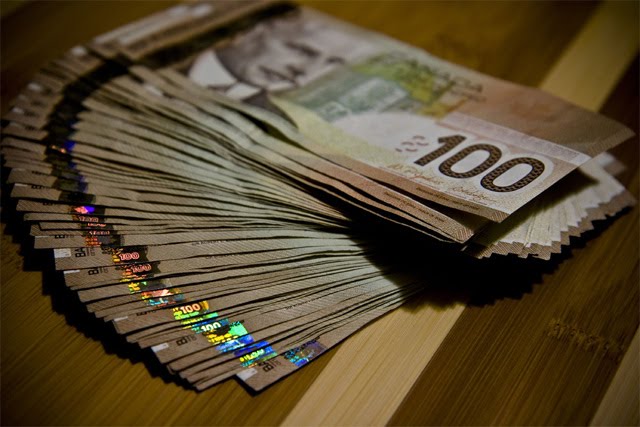 My motivation for writing this piece was very simple.

From the time I began to work with startups and fellow entrepreneurs, I sensed a collective frustration about the lack of transparency of information around venture deals. Far too infrequently are we allowed to see behind the scenes of venture investment in startups to understand and appreciate what it’s really like to do a deal. Particularly, I would argue, in the Education Technology space.

We see and hear about the small percentage of deals that get completed, never about their complexity and what it’s like to endure one and emerge on the other side more whole as a founder and a company.

In my work as a Senior Advisor at MaRS in Toronto, I work with many startups, primarily in the EdTech space. As two Toronto education technology startups I advise raised notable rounds in the same week, I decided to reach out to the founders and ask if they’d be willing to share some inside perspectives with the Canadian startup community.

Let’s get right to it:

What went faster and more smoothly in your financing than you would have expected?

Jack Tai: Fundraising is never fun, and it’s always a tedious process. I remember going down to Silicon Valley from January 2013 until the end of April 2013. In that time, I pitched to 21 VCs, to be exact. Then it was 2 months of follow-up and waiting. We had one VC firm drop out after 7 meetings (in person, and phone calls with all their partners individually – not going to mention their name, but the reason why they dropped out was they couldn’t close their own new fund at the end).

From the time we received a term sheet to actually getting the money into the bank took us 3 months. Therefore, the whole process from starting to end took a little over 9 months.

John Myers: I would say the part that went fastest and smoothest was adding in additional investors once a lead investor was in place. Having the deal defined and papered, and having a strong lead investor already committed made it relatively easy to bring on additional strategic investors. They didn’t need to worry about negotiating detailed terms – they could just focus on the big picture and make a quick decision regarding whether were “in” or “out.” This enabled us to land some very strong strategic investors quite quickly once the core of the round was in place.

Where were the unexpected delays?

JT: We found that many VCs were hesitant to invest in a Canadian entity. We had to back out of one deal as it was going to cost way too much for us during that stage to set up a US entity. So there were some delays after going through pitches and initial due diligence, and then the fact that some wouldn’t invest because we are Canadian based. There was also a lot more legal work when a VC outside of Canada invests in a Canadian entity – we came across this issue as well.

JM: It took us about six months to go from initial discussions with our lead investor to having signed agreements in place, and that is considered about average. So we weren’t surprised by the total length of time. We were fortunate that we did’t have a cash crunch issue looming over us, so we were able to do it right and from a position of relative strength. At the same time, for the lead investor they aren’t highly motivated to close off quickly. If you think about the more time it takes the more they get to see how well you are executing compared to the projections you’ve been making, and for some companies, the more desperate they become for the cash. Right now in Canada it is definitely an investors’ market with many companies vying for capital from a relatively small pool of investors and investment capital.

What did it feel like to go through the process for a significant capital raise?

JT: It was long, tedious, and extremely stressful. However, I keep myself motivated because of the team and product we have build together which is making a difference in people’s lives. Even though it could be tough during the day when you are out there on the road pitching, at night, when you check your support e-mail or twitter and receive feedback from users on how your service or product has helped them, then you know that everything is worth it.

JM: For us it was a very enjoyable experience – especially so since we had such a great outcome. It is nice when the hard work pays off. Even though this is our second start up, the first one was many years ago, so we can’t claim to have had a lot of expertise when we started, but we did have some. It is like a form of dating – we pitched about 20 or so groups before we found our “mates”.  You have to expect lots of “no thanks” responses, but almost every potential investor provided good feedback regarding what things they are looking for, and some suggestions on what you would need to do to make your business a fit for the style of investment they like to make. If you pay attention to the feedback you can enhance your strategy (and your pitch) to improve the chance of success going forward.

Where did you end up raising your round?

JT: It was a $1.6M Series A, led by SAIF Partners with follow-on from Real Ventures and existing angel investors.

JM: We raised a round of $2M, led by Toronto investor Nigel Stokes, with one other investor (who we can’t name for a couple more days).

Aron Solomon was a Senior Advisor and the founder of LegalX at MaRS. He lives in Berlin, where he is the founder of Aron Brand Ventures EU and remains active in the global legal innovation scene.