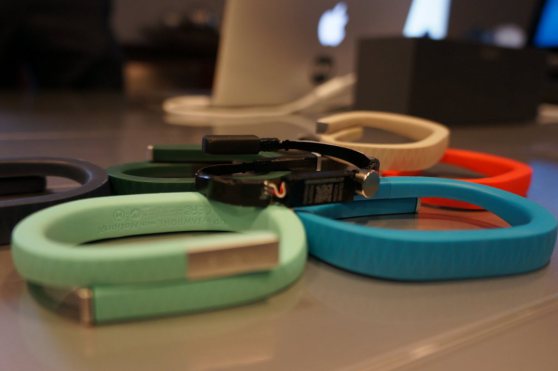 Following the aftermath of BlackBerry’s agreement to a tentative offer from FairFax Financial Holdings (and the inevitable chorus of told-ya-so’s from Canadian media outlets), one interesting trend arose.

Matt Hartley, an editor at the Financial Post, penned a piece detailing how life will go on for Waterloo, the Ontario city that claimed BlackBerry as its golden child for so many years.

Most interesting might have been a passing thought in the article, when the writer spoke of a new VeloCity space dedicated to hardware-related startups in nanotechnology, robotics and mechatronics. Mike Kirkup, a former RIM employee who now serves as director of VeloCity, even said that Waterloo is experiencing a “renaissance” in hardware-related companies. He said a variety of changes and a shift in the market is driving more focus back to hardware, rather than software.

“…the opportunities to build a very successful company are increasing rapidly right now similar to the kind of boom that we saw around software over the last 8-10 years,” Kirkup told Hartley.

It’s true that with the recent success of so many Kickstarter projects (which all must be “creative” in nature, pretty much meaning hardware), it comes with little surprise that people are beginning to support tangible products as opposed to the common startup staple, the software-based product.

For quite some time it’s been unattractive to start hardware-based companies, primarily because of the costs.

Y Combinator’s Paul Graham may have been the first in the past few years to make claims of a “hardware renaissance”. He said at the San Francisco-based accelerator Y Combinator, 7 out of the 84 companies were hardware-based, and “on the whole they’ve done better than the companies that weren’t,” he wrote.

Graham said there’s no single force driving the new interest, but rather several factors. Hardware products do well on crowdfunding sites, they’re easy to integrate into the tablets, getting products manufacturing is getting easier and retailers are less of a bottleneck as customers increasingly buy online.

Before ending off the post Graham encouraged founders not to be deterred from hardware-based startups, because there’s always a place for them in Y Combinator. “One question I can answer is why hardware is suddenly cool. It always was cool,” wrote Graham. “It wouldn’t be the first time something was a bad idea till it wasn’t. And it wouldn’t be the first time investors learned that lesson from founders.”

Jeff Dungen of Montreal-based hardware startup reelyActive, a FounderFuel team from one year ago, described the sudden interest as cyclical.

“We’re hitting a cycle where hardware is at the very least less unattractive and some would even say hardware is even getting cool,” he told BetaKit. “You don’t need to have to inject millions of dollars into a company to be able to produce hardware, and when you have hardware you have a much bigger differentiator, something real and concrete, and people kind of like it.”

But he warned that Kirkup’s “renaissance” comments may be premature.

“That’s a little bit of an optimistic statement,” said the CEO Dungen, who attended the University of Waterloo as an engineering student. “Making a prototype in hardware that is kind of so-so is fairly achievable, but making something that can have a full supply chain, can beshipped to stores, has support, has a warranty program, and meets certifications is a completely different story.”

He said when it comes to hardware, the great products get separated from the good products, and investors who “know the game” will invest in the great ones. Often success won’t come for hardware startups unless it gets the right hype, the timing is perfect and enough money is there if a bump in the road happens. If companies don’t sell enough of the product they can take a hit, or someone else can swoop in and take market share. Take the Pebble smartwatch, said Dungen.

“Pebble proved out a part of the market, did everything themselves and now there’s a bunch of smartwatches that are arguably better because they waited for the technology to get further along and did their thing,” he said. “So if I had a lot of money would I invest in hardware companies? Some maybe, but you cant expect any hardware companies to become Twitters or Facebooks.”

This is all coming from the guy who runs a hardware startup. reelyActive is a cloud-based startup that connects the physical and digital worlds using “reelceivers”, or little keychain-sized location devices. So why is Dungen doing it then, if its so hard?

Because him and the team have made a bet on the Internet of Things, something they’re passionate about now and will be for quite some time.

“A lot of it is about doing what we really enjoy doing and being really disruptive. Hardware allows you to be quite disruptive on certain things because you’re not necessarily tied to someone’s platform,” he said. “If you’ve built something that is really forward-thinking, you’ve helped someone solve a need.”