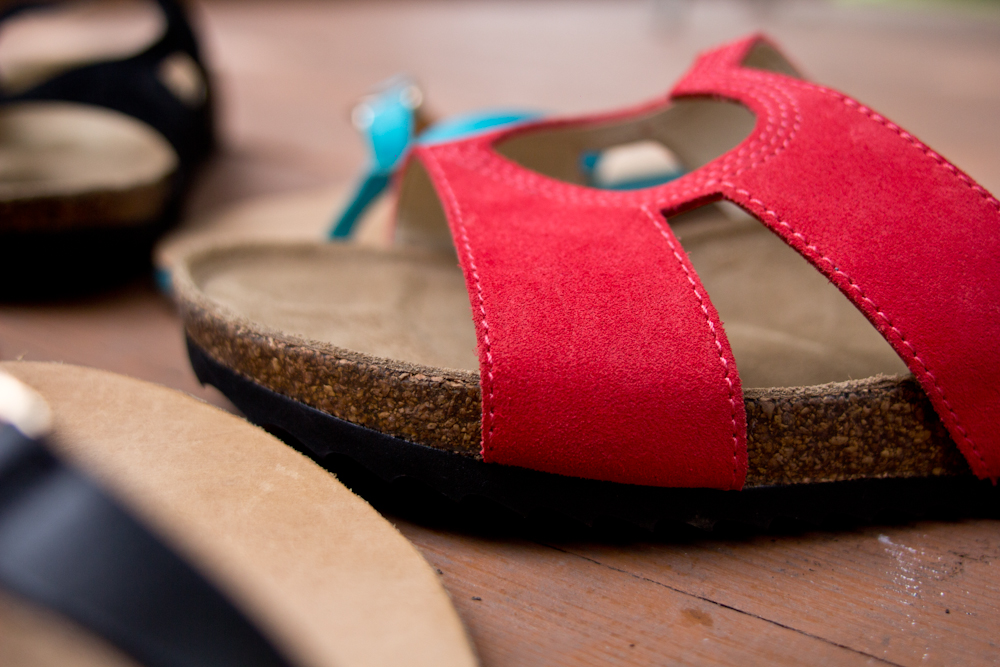 Meet one of Toronto’s youngest female entrepreneurs: Abi Smithson. Smithson is a 10-year old Toronto native who had an inventor’s camp-induced vision; her mother was sporting a not-so-sexy sandal tan line and she thought she could create and design a socially-responsible line of comfortable footwear for women which would leave feet adorned with a heart tan line. Her thought turned into creative design, and finally a product launch which is now available on Indiegogo.

“The love sandal was an idea I had this summer when I was enrolled in the Girls Learning Code Inventors Camp in downtown Toronto. I noticed my mom had ugly tan lines on top of her foot and thought ‘what if the tan line was a heart,’ and the Love Sandal was born,” says Abi Smithson, CEO of Love Sandal.
The Love Sandal brand is indicative of Smithson’s mission for herself and for others: to follow your heart. The heart design means more than just a pretty tan line, it represents hope and the courage to follow dreams. Smithson brings that brand message to life through philanthropic initiatives; she is committed to donating 10% of net profits to Sick Kids Foundation.

Abi’s vision has led her to being the youngest member of Canada’s number one business incubator and number five globally. Smithson has established relationships with several Canadian business executives whom she regards as her mentors such as David Bensadoun of Aldo Group and Sheena Redpath of The Redpath Group. Love Sandal and Smithson’s entrepreneurial adventure has been endorsed by several television personalities such as Barbara Corcoran of Shark Tank.

With the assistance of her mentors, Smithson is in the process of developing a course curriculum to inspire young entrepreneurs which is expected to launch in 2015. The curriculum will provide entrepreneurs with the necessary tools to be successful in their ventures. Smithson will be working in conjunction with Ryerson University’s DMZ, which will be providing a complete manual for accessible to entrepreneurs.

“Everything I am learning about building a successful business and brand is being curated into an online course to allow other entrepreneurs to follow their dreams .” says Smithson.
Currently, Love Sandal can be found on Indiegogo. The goal is to raise $15,000 which will fund Smithson’s first order with Aldo Group and set up distribution worldwide via an official Love Sandal e-commerce website, or on the Love Sandal campaign page.

Update: UPS Canada has come through to fulfil the dream of Abi Smithson and surprised her with a $8,700 (USD) investment. Paul Gaspar, UPS Canada’s director of small business, made a surprise appearance on City’s Breakfast Television Toronto this morning and funded her Love Sandal Indiegogo campaign.

Investor Analytics Platform HockeyStick Lands The NAO-O as a Client