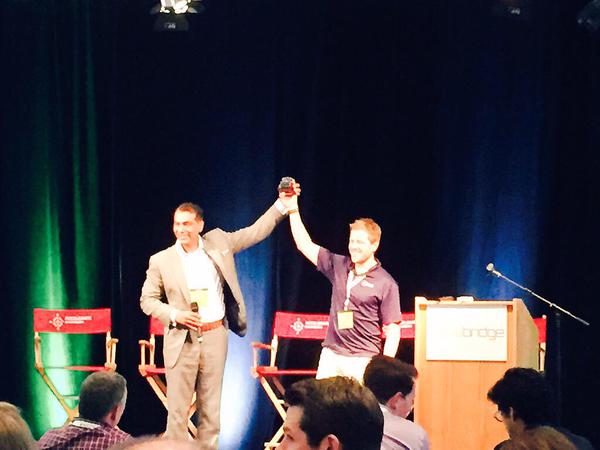 Beautiful Kelowna, British Columbia is where some of Canada’s top startup minds and heavy hitters from around the world, including Silicon Valley, have gathered. The reason is the annual metabridge retreat, now in its 7th year. We’ve covered this event before as it brings together a select group of determined companies to seek honest feedback to propel their business forward.

Apart from the coaching and networking experience, metabridge also brought forth the opportunity for fifteen startup companies to demonstrate why their business is the next big thing, and also walk away with $50,000 of in-kind services to participate in the 10-week Plug & Play Startup Camp in Silicon Valley.

After the judging period, the award for “Canada’s Top Startup” was given to CEO Sean Kerklaan and Fatigue Science. Runner-up was awarded to Showbie.

Vancouver-based Fatigue Science was founded in 2006 by Kerklaan and focusses on fatigue-related risk management and human performance optimization. The company states its technology, which is used by the Seattle Seahawks, Dallas Mavericks and Vancouver Canucks, “helps athletes perform better, and companies improve workplace safety.”

Scalar Decisions Inc., an IT solutions company, announced Wednesday it is partaking in a cybersecurity engineering contract for the Canadian Army in conjunction with…