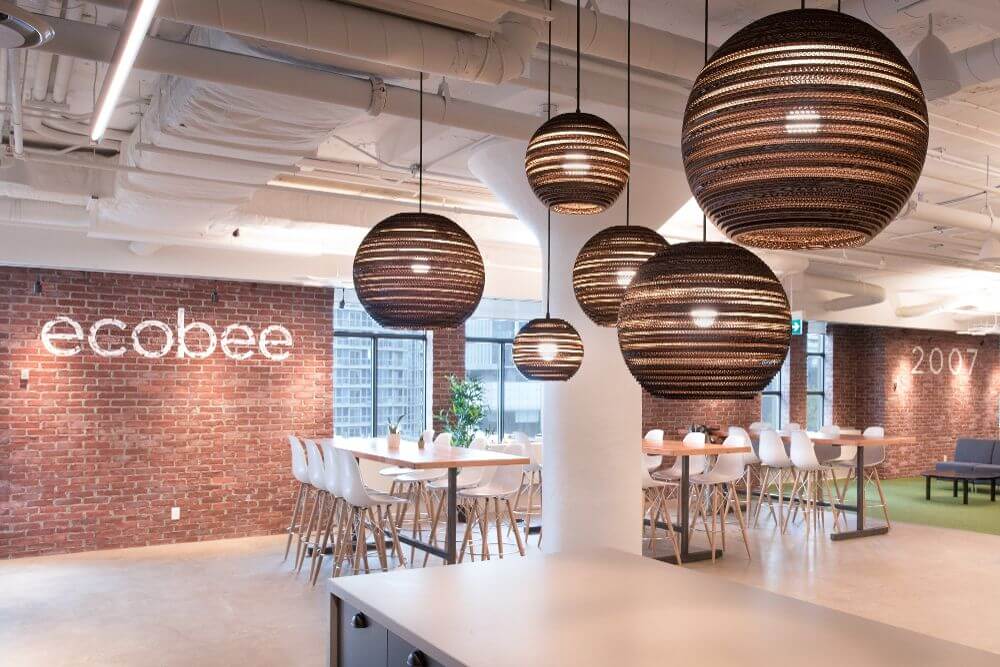 Ecobee has confirmed the layoffs with BetaKit, which took place on Thursday morning. The reduction represents around 10 percent of the overall company, which according to Ecobee sat at 479 full-time employees prior to the layoffs.

The decision comes with the cancellation of a new product line Ecobee had been developing over the past year. In an interview with BetaKit, Ecobee founder and CEO Stuart Lombard attributed the decisions to the current economic environment brought on by COVID-19. Additional new product lines will still launch mid-April.

Cuts have been made across departments, with the majority of those affected from Ecobee’s Toronto location. Ecobee also has a sales office in the United States as well as a United Kingdom development office, which Lombard called very important to Ecobee’s businesses. An undisclosed number of employees were laid off from each international office, though both will still be in operation.

The move comes as many other Canadian companies are also making tough decisions as the economic impacts of COVID-19 continue to mount. Projections from officials at the Canada Revenue Agency expect four million people will apply over the next two weeks for the new Canada Emergency Response Benefit implemented by the federal government to help out-of-work Canadians.

This week, the Canadian tech community has seen layoffs from organizations including #MoveTheDial and Rangle, with additional announcements expected as financial pressures mount. While these companies have chosen to make what are called temporary layoffs, Ecobee has made the decision to permanently lay off all 47 employees.

Speaking with BetaKit, Lombard lamented the decision to lay off staff. “Though we would hope to escape the economic effects of COVID-19 we also understand that hope is not a strategy,” he said. “So, we really feel like we needed to act to preserve the long term viability and value of the business that we’ve created.”

Ecobee’s decision to cut down its workforce comes the same week that the startup decided to cancel a project set to develop a brand new product line for the smart thermostat-focused company.

In an email to employees on Monday, obtained by BetaKit, vice president of product Casey McKinnon noted that Ecobee’s management and board of directors had made the decision to “put an indefinite hold” on its Lighting product line. “We will not be proceeding with UL [underwriter laboratories] certification, tooling, or launching a line-up of Lighting products this fall as we had originally planned,” McKinnon wrote.

The Lighting product line had originally been set to launch last year, but was delayed due to “bugs”, according to an Ecobee employee who spoke to BetaKit under the condition of anonymity.

In his email, McKinnon noted that Ecobee had been reviewing the project over the past three weeks, and only recently came to the decision to cancel. While the email did not specifically reference economic challenges brought on by COVID-19, the vice president acknowledged that “if market conditions change in the future” Ecobee may decide to pick up the project again.

“We will not be proceeding with certification, tooling, or launching a line-up of Lighting products this fall as we had originally planned.”

Lombard claimed that the Lighting product line was not cancelled, but postponed in light of COVID-19. He told BetaKit that “the plan would have been totally different” for Lighting had COVID-19 not affected the market.

Lombard could not provide a solid date as to when Ecobee might restart the product line. Employees who had been working on Lighting will now be moved to other project teams.

The CEO added that the layoffs and decision to “postpone” the product line are part of a more significant series of company-wide cuts, designed to help Ecobee “batten down the hatches and sail through this period of uncertainty.”

“This is part of a bigger package,” he told BetaKit. “Really a reflection of the uncertainty that we have in terms of how the world will unfold over the ensuing say, 12 months.”

Lombard told BetaKit that the COVID-19 cuts have not affected other new product lines and a rebrand that Ecobee started rolling out in February.

Lombard would not provide timelines for new product announcements from Ecobee, but sources within the company indicated it would soon announce a new camera, door and window sensors, as well as an IoT home security and alarm system. The expected timeline for these announcements, per sources, is mid-April.

An image of Ecobee’s new camera and sensor products, along with current products, obtained by BetaKit.

In an email sent to Ecobee employees today, Lombard outlined additional steps the company would take to “ensure we get through the crisis without impacting the long-term vision and vision today.” Those steps include a 30 percent pay cut for Lombard, as well as a freeze on employee salary increases, and other expenses. The email states that the Lighting product line is “on hold” but makes no mention of the additional camera, sensor, or home security products expected to be announced in April.

“Anyone who tells you they know what the future is, is either misguided or lying, one of the two.”

The email communication obtained by BetaKit, sent sometime Thursday afternoon, is also the first company-wide notice to Ecobee employees of the reduction in headcount. According to internal Slack communications reviewed by BetaKit, many employees had expressed frustration over the lack of timely communication of layoffs they knew to be taking place, citing a departure from Ecobee’s core values of openness.

Sources BetaKit spoke to within the company indicated the response mirrored the handling of a recent COVID-19 scare within Ecobee’s office. One source stated that Lombard only moved to a work from home first approach after BetaKit had contacted the CEO for comment.

Lombard told BetaKit today that he had not heard any of those concerns directly and senior leadership tried to communicate as much as they could.

“One of the things about our culture is we believe in complete transparency,” the CEO said. “From the way the office is designed to the way we run town halls, to the way that we’re organized … we believe in transparency. So, if someone felt that we were non-communicative I would definitely apologize for that.”

“I don’t think there’s a playbook for what we’re going through. Anyone who tells you they know what the future is, is either misguided or lying, one of the two,” Lombard added. “What we expect is that it’ll likely get worse before it gets better, but it is going to get better. So staying focused on that better future is important.”

Like other Canadian tech company CEOs and founders that have had to make tough decisions amid COVID-19, Lombard noted that stronger government measures would have helped Ecobee retain its staff.

“The tech ecosystem is very different and I think the measures, as well-intentioned as they are, are not enough for us to change a decision like the one that we made today,” he said.