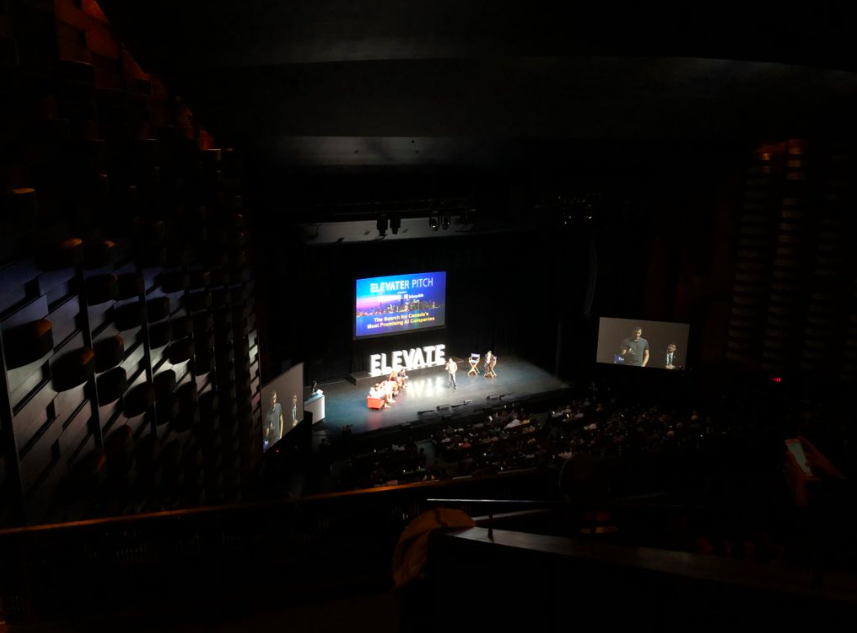 During Elevate’s Techfest, several startups pitched on stage for the chance to win millions in funding.

The ElevateR competition allowed 16 startups to pitch in front of judges, and promised startups a portion of $1 million in funding from Espresso Capital and ScaleUP Ventures.   However, in a surprise announcement, main stage host and BNN Bloomberg anchor Amanda Lang announced that the winning startup would actually receive $5 million.

“It’s the privilege of my life to have people believe in the vision.”

In his winning speech, CEO Gary Saarenvirta took the opportunity to call out government programs like SR&ED for supporting the company.

“It’s the privilege of my life to have people believe in the vision,” said Saarenvirta. “This award and recognition is the hard work of the entire team, a bunch of computer scientists, engineers, marketing people, and admin staff who make it all possible.”

Two finalists—both working in the healthcare space—pitched on stage for the people’s choice prize. Montreal-based Aifred hopes to help people suffering from depression with its deep learning clinical decision tool. On stage, CEO David Benrimoh noted that while diagnosis is easy, it’s difficult for caregivers to provide the right routine of care for each patient’s individual needs. Aifred can predict treatment efficacy, track patient progress, and provide an electronic record for patients.

The second pitching startup was Elucid Labs, which works to help dermatologists detect skin cancer. CEO Farnoud Kazemzadeh explained that dermatologists currently use a magnifying glass to diagnose skin cancer, an outdated method. Elucid Labs is developing a device that uses computational imaging technology to analyze the molecular makeup of the skin and detect diseases earlier, and ended up taking the prize for People’s Choice.

“We’re negating unnecessary procedures, which brings down the cost of healthcare,” said Kazemzadeh.