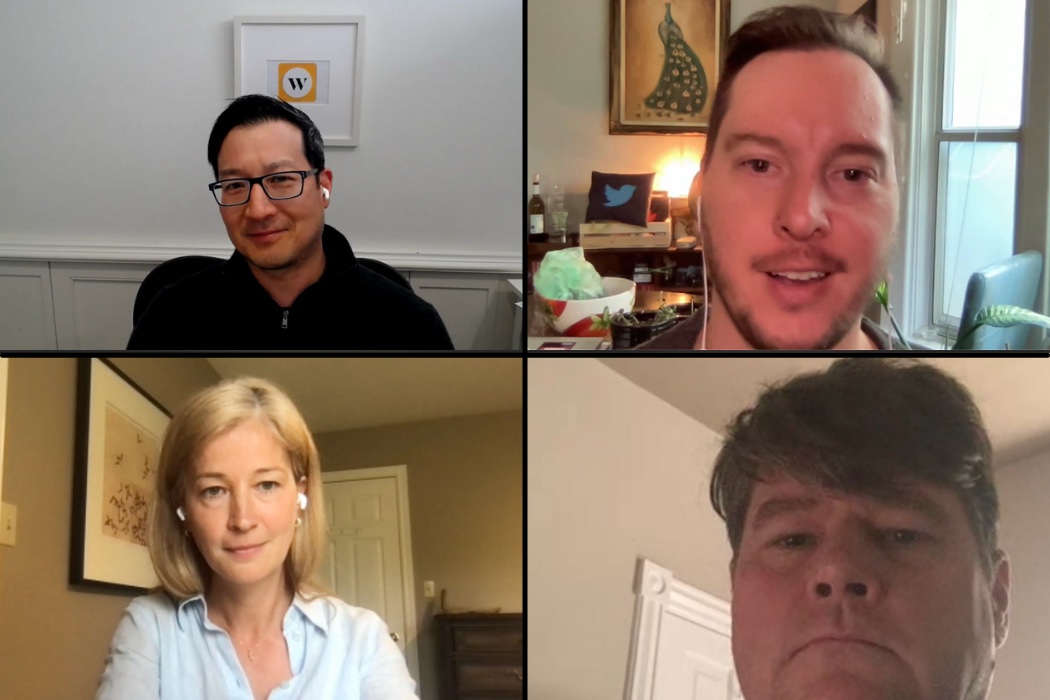 With the recent explosion in funding deals, acquisitions, and IPOs, Canadian tech is experiencing a historic moment. Yesterday, in a panel conversation hosted for BetaKit Patreon supporters, Canadian tech leaders discussed what the increased activity will bring to the ecosystem.

Leaders from Wealthsimple, OMERS Ventures, and Communitech addressed the state of Canada’s tech ecosystem on Thursday, May 27 during the first Patreon-exclusive BetaKit Live event, titled ‘The Canadian Tech Moment’. The conversation was an extension of a recent Letter from the Editor by BetaKit Editor-in-Chief Douglas Soltys on the same subject.

Communitech’s new CEO Chris Albinson said the recent flood of financings, acquisitions, and exits has led to “a lot of competition for awesome” in Canadian tech, as tech firms and investors compete to get in on deals, and perhaps most pressingly, acquire and retain the talent they need to grow.

Canadian tech’s need for talent has been exacerbated by a slew of United States companies moving to or expanding their operations in Canada, as well as the shift to remote work brought on by COVID-19, both of which have led to increased competition for highly skilled talent.

But Lenz said, “it doesn’t really matter what you pay somebody if they don’t enjoy the culture, if they don’t feel like they can bring their authentic self to work, if they don’t believe in the mission statement of the business.”

RELATED: Canadian tech is having a moment. How best to seize it?

Instead, Lenz argued Canadian tech companies can win the fight for talent by focusing on building a quality culture. “Culture is paramount for everybody right now,” said Lenz.

With $250 million CAD in fresh capital, Wealthsimple is keenly aware of the need to attract talent to scale. Paul Teshima, CCXO and head of invest at Wealthsimple, noted alignment between employees and company on mission, values, and culture as a key component of company building. Teshima’s perspective is informed by his background as a repeat founder who recently joined Wealthsimple.

Teshima called culture, mission, diversity, and inclusion “core” to what Wealthsimple does. The CCXO noted that when he joined the Toronto-based FinTech startup, he met one-on-one with everyone working in customer experience at Wealthsimple.

In the process, Teshima discovered that “they all had something in their past that affected them to say, ‘I care about financial freedom and financial literacy more than other things in my life, and I want to join a company who’s helping other Canadians achieve that.’”

“The mission-driven piece is important not just for the employees, but actually to be successful,” he said.

All three panellists also identified a growth in secondary offerings in Canadian tech as a key factor fuelling the sector’s growth. According to Teshima, there has been a growing appetite for secondary deals, which he said typically aren’t well-publicized, but give founders more financial security and allow them to take bigger risks.

Lenz agreed. “A decade ago, we used to frown upon secondaries, but I think it’s a really smart way to make sure that the founders are comfortable, and that they’re reaching for the moon.”

Albinson added a wish to see these types of secondary deals discussed more, calling them “an important part of company building.”